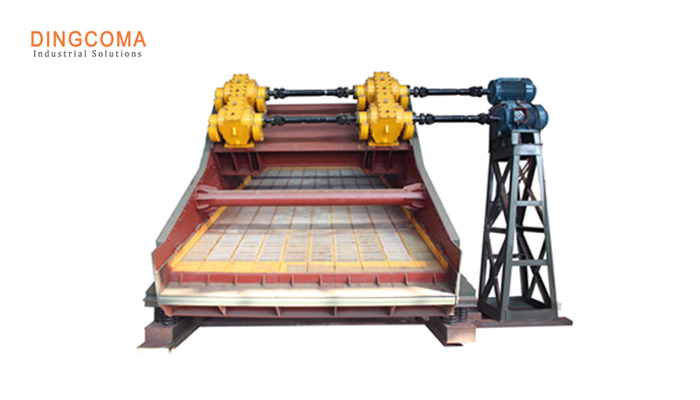 GET A QUOTE
Description

Vibrating screen machine is a vibration grading with a box vibrator and a plurality of different inclined screen faces.There is a larger slope screen at the feed end, followed by a stepwise decrease at a certain number of angles until the discharge opening, the overall screen surface is concave curved. The sloped screen at the feed end allows for more material to pass through the screen surface with higher screening speeds and thinner material delamination.This earlier stratification allows the fine particles to move closer to the screen surface and pass through the gap relatively unhindered,so the vibrating screen has a very high screening efficiency,which is 1.5-2 times higher than traditional grading screen.